Howard S. Krooks, a partner of Elder Law Associates PA with offices throughout Southeast Florida, is admitted to practice law in New York (1990) and Florida (2004). Mr. Krooks is Of Counsel to Amoruso & Amoruso, LLP, in Rye Brook, New York.
Mr. Krooks splits his time between New York and Florida, where his professional practice is devoted to elder law and trusts and estates matters, including representing seniors and persons with special needs and their families in connection with asset preservation planning, supplemental needs trusts, Medicaid, Medicare, planning for disability, guardianship, wills, trusts and health care planning with advance directives.
Mr. Krooks is certified as an Elder Law Attorney by the National Elder Law Foundation and is a past President of the National Academy of Elder Law Attorneys (NAELA; 2013-2014). He is also the past President of the New York chapter of NAELA and serves on the Executive Council of The Florida Bar Elder Law Section as the NAELA Liaison. He is a past Chair of the Elder Law Section of the New York State Bar Association (NYSBA; 2005). He is currently serving as the Secretary of the Elder Law Section of the Florida Bar. He was selected as a Florida Super Lawyer and a New York Super Lawyer (2007-2017). He was also named a Top 25 Westchester County Attorney (New York Times – Sept. 2012-2017). He was recognized as one of Florida’s Legal Elite for 2016 and 2017. Mr. Krooks has a 10.0 (Excellent) rating from Avvo and is AV Preeminent® rated by Martindale-Hubbell, a testament that Mr. Krooks’ peers rank him at the highest level of professional excellence. 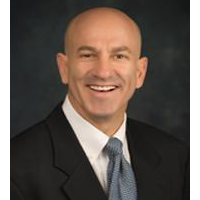